In Europe still, 11 countries exist with a monarchy present, Spain being one of them. So, who are the monarchs, and do the Spanish like them, or would they rather have them gone. With many scandalous gestures involving adultery and corruption, Spain has a dark history, which influenced the people’s view greatly. In this blog, you´ll find out …

Here a summary of the Spanish Crown as it is also called, and involves 3 dynasties. The first one was the Trastámara family in the late 15th century with the daughter Isabella I of the Castille region, marrying Fernando V, binding the two biggest regions in Spain, not occupied by the Arabs. They allied to combine powers to get rid of the Arabs who were still reigning in the South of Spain. The daughter Joanna the Mad, was forced to marry Phillip the Handsome, I (which would have made quite a couple, looking at their names).

With this marriage, the dynasty lived forwards as being named the Habsburg dynasty. Those with a little memory of school history, know that the Habsburg was one of the largest and influential royal houses the European continent had ever seen. They reigned for more than two centuries until the year 1700, when King Carlos II died without an heir, and had put the French Phillipe, Duke of Ajou to become the new king of Spain. So, Phillipe, became the first king of the House of Bourbon, as King Philip V. I don´t want to bother you we a long, illogic story … it’s just complicated …

Anyway, the Bourbon dynasty is still reigning today, but not completely uninterrupted, since Philip V.

When Juan Carlos came back on the throne, he was cheered upon, mainly because thanks to him the dictatorship was abolished. During this period, the to-be king sacrificed a lot, almost giving up his family, and kissing the Generals ass, just to win favors. After many years he succeeded in convince Franco that after his death, that he would be allowed to reinstall democracy in Spain.

Now, almost 50 years later, that same king has lost a lot of respect from the public and even abdicated to pass the throne to his son Felipe. Looking at the statistics, currently, 37% of the Spanish is in favor of abolishing the monarchy. This is the highest in the world, making it the most unpopular monarchy worldwide. When the same question Is asked for example in the United Kingdom, 15% would get rid of the monarchy, 4% in Japan, the world’s most like monarchy.

Actually, when looking at the age group of people aged between 25 and 34 years old, 63% wouldn´t mind an end of the Spanish monarchy.

These statistics are a few years old, but people assume that the monarchy when Juan Carlos was still king, and besides that before many other scandals came to the light.

So, what happened? Why is this monarchy so unpopular compared to other countries. Didn´t Juan Carlos do a good job, by reinstating democracy?

Well, yes, but from then on, a long list of scandals were revealed, and every year the public thought they had seen it all, only to be confronted with another one.

Here some of the former king´s most extreme scenarios, ordered by date. Sex, money, and murders …

Even though the true story will never be told, the kings’ version is that his 14-year old brother was cleaning a gun and shot himself. Another version is that the king, who was 18 at that time, was cleaning his gun and accidentally triggered the gun and shot his brother in the head, who died just minutes later. Another story is that he pulled the trigger, thinking it wasn´t loaded. In the end, what is true is that the king had a gun in his hand, for some reason it fired, leaving his younger brother dead on the floor.

That the marriage of the king with Queen Sofia is no fairy tale is no secret. Nor is that the king has had many mistresses over the year. We never know how many, four of them have been confirmed.

One of the first ones was a close friend called Carmen Díez de Rivera. Almost the same age and one’s head of state always was very close with the king; however, the affair was never proven. The same goes for Bárbara Rey, María Gabriela de Saboya, Olghina Di Robilant, and Marta Gayá. On an international level, the 36 years younger German Julia Steinbusch has been spotted many times with the king at bullfights and car races. It seems he likes his Germans since next up is Corinna zu Sayn-Wittgenstein actually lived together in the Swiss alps in 2009 and 2012.

Two people claim to be sons of the king, Albert Solà and Ingrid Sartiau. However, a DNA tested has been refused by the king.

All these girlfriends have cost the king (and therefore the public) tens of millions of euros. To keep them silent, and buying them gifts.

2012 – Hunting elephants as a WWF ambassador

After killing his little brother, the king later became an avid safari hunter. He´s killed plenty of buffalos, zebras, and leopards, without people caring much, until in 2012 a hunting picture was seen in almost every Spanish newspaper. The king, posing together with Corinna (one of his girlfriends) next to an enormous dead elephant, leaning against a tree, after being shot by Juan Carlos.

This was however the biggest outrage by the Spanish public. They found out that these hunting sprees cost them at least € 45,000,- ($ 55,000,-), flying in his private jet and paying thousands of euros per night at a lodge. When in 2012 this pictures was taken, he had to be flown home from Botswana, after breaking his hip while hunting. Unfortunately for this elephant, this was after the killing, however, some elephants may have survived, because of his fall.

The final, and maybe worst, part of the news was that this man was the ambassador of the animal NGO WWF. After this incident, he was let go.

After the ridiculous incident, the king gave a speech that he “was sorry and would never do it again.

2012 was definitely not a good year for the king. First, his son-in-law was imprisoned for tax fraud. He was given five and ten months of prison sentenced. The crown removed him from all his royalties. The king made a Christmas speech in which he said that “Equal justice counts for everybody”, a day later he rephrased himself, that he was speaking in general, knowing that maybe one day he could be in the same position.

He was asked about why he hadn´t declared the two million euros heirs from his father to the taxes after his death. Then the prestigious New York Times investigated that the net worth of the king is around € 1.8 billion, and was wondering how this could be possible since he earned just a mere € 8 million,-.

Well, a part of this amount was discovered in 2020, that Juan Carlos had received in 2008 a sum of $ 100 million (€ 88 million) from Saudi Arabia´s King Abdullah. Since the ’70s they had always been good friends so that Spain can get oil from the Arabian Peninsula, however, now the former king negotiated a € 6.7 billion high-speed railway network contract from the capital Riyad to Mecca. He gave himself a commission of some pocket cash for himself as a handling fee but was never declared to the income tax. Actually, two-thirds of the money was wired to his ex-lover Corinna zu Sayn-Wittgenstein who most of us remember posing photo along with the elephant.

He remembered his speech of “Equal justice counts for everybody” and informed the Spanish people that he was deeply ashamed and that he would go into exile and leave his palace in Spain after 58 years, with the excuse to prevent embarrassed his son Felipe. There were many speculations of where he would go … his plane went to the Dominican Republic, but without him inside, as a side distraction. Later he was spotted in, where else, the United Arab Emirates, the neighboring country of Saudi Arabia.

Advantages of the Spanish monarchy

So, after all these scandals, etc., the monarchy costs the taxpayer officially around € 8 million ($ 9.5 million), however, the real cost is to be more like € 31 million ($ 37 million) annually. This is not a lot, since this would be less than a euro per person. Especially looking at the English royal family who cost 10 times more than the Spanish. The Windsors much are laughing out loud. Actually, the royal family is actually the cheapest in all of Europe, looking at what each inhabitant is paying per person per year.

So, are there any benefits of having this monarchy?

Well, as a symbol of the country, Spain has been able to maintain relations with other countries, which wouldn´t have been possible without a monarchy. The former king made an oil deal with the Saudi´s and arranged a € 6.7 billion railway deal.

Besides that, it’s a form to keep up the relationship with Latin-American, which a president wouldn´t have been able to do.

The monarchy forms a bipartisan, never choosing a preference for a political party, whether it´s left or right.

The king is someone to look up to, and who sets an example for the public and give the country an international status.

To recap this blog.

The monarchy in general is preferred by the public. A monarchy stabilizes a country, it can make deals internationally, it gives a country more faith and more patriotic.

The former king Juan Carlos did great things in the past, but he has been the reason after many scandals in the past that the image of the Spanish monarchy has collapsed.

Spain has the cheapest monarchy in the world, and now with king Felipe on the throne, the image of the monarchy among the Spanish is slowly improving.

I guess it´s hard to get rid of it, but would it be bad?

So, now you´re in Spain and want to go out for diner with some of your Spanish friends. First of all, keep in mind this great point about Spain- going out for dinner isn’t mainly about the food but about the social event that it […]

The Spanish lottery  The Spanish lottery is not just a normal lottery, it is part of the Spanish culture. Especially with Christmas, people get together to watch with tension the national lottery drawing. On the 22nd of December 100.00 Balls are rolling, 2 million people […]

One of the ways to explore Spain is by car; either by driving yourself around with a rental car or by hiring a personal driver. This allows you to reach these lesser-known villages or those winding mountain roads. This form of transport also gives you […] 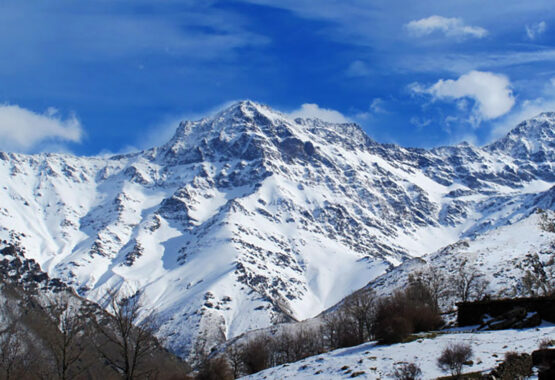 Where to visit in the Sierra Nevada Some basic facts and figures In the world there are two Sierra Nevada National Parks, one of them is in the state of Nevada in the USA, the other one is in Spain´s most southern region of Andalusia […]